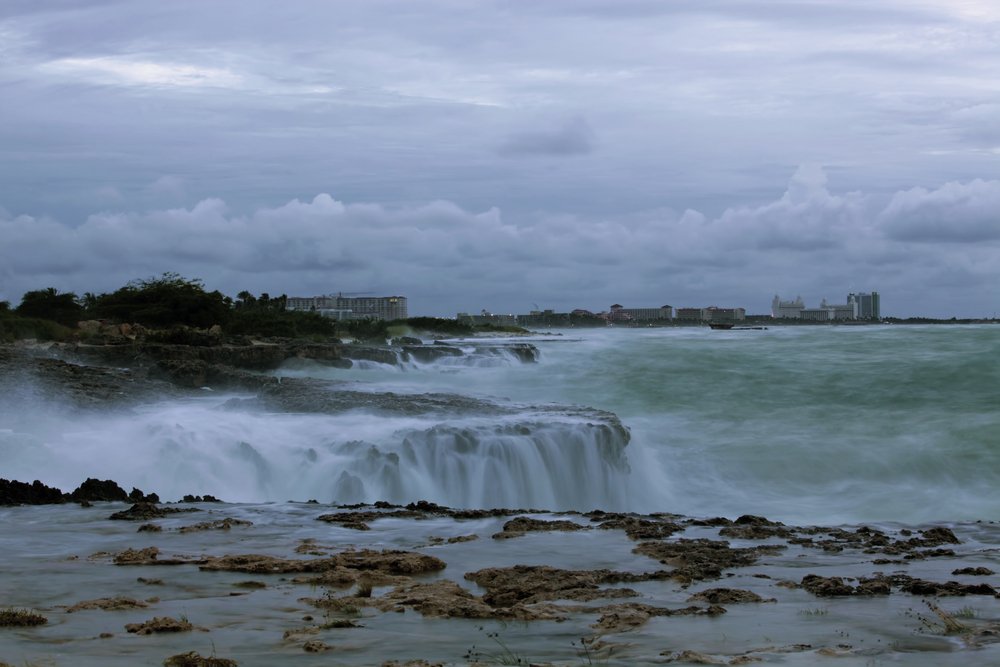 Many anglers head out on the water shortly after a hurricane. A rough storm can impact the location and density of the fish and create flooded bodies of water.

Do you want to learn more about fishing after a hurricane? We’ll explore how fish react before a storm, what you need to bring with you, and the difference between fishing before and after a storm.

Where Do Fish Go During a Hurricane?

The ecosystems of marine life can suffer significantly during a hurricane or tropical depression. Since hurricanes trigger huge waves, fish have a difficult time navigating through the choppy water.

Larger marine animals such as sharks and dolphins usually swim away from the coast toward deeper water. Generally, the closer to the shore, the more turbulent the water. Fish that already stay in deep water don’t feel as much impact; some say they are immune to the storms.

However, fish that live in coral reefs near the shore suffer the most. These fish tend to flee their estuaries as the storm approaches. Again, these fish head toward the deeper water.

You might be wonder, “can fish detect hurricanes?” The answer is yes – fish notice when the water pressure changes, signaling a nearby storm. Sharks are perhaps the most notorious for being able to detect an approaching hurricane.

Nevertheless, there isn’t a lot of research covering the behavior of fish during storms. But since most of them head further away from the coastline, you might have to make a more extended trip if you want to have a successful fishing trip.

How Does a Hurricane Affect Fish?

As mentioned, fish move from their shallow coastline ecosystems to deeper water. However, those that stay behind can face grave consequences. The treacherous force of hurricanes brings masses of sand out into the shallow water.

This sand can ultimately kill fish in shallow water because it suffocates them. Not only that but debris and mud can destroy fish’s habitats. To make matters worse, sand, mud, and garbage flowing through the water keep the sun out, making it nearly impossible for fish to swim to seagrass.

In summary, a hurricane can kill a fish by depriving it of oxygen, destroying its habitat, bringing an influx of debris into the water. Does the impact mean you can’t fish after a hurricane? No, you can certainly go on the water, but you probably don’t want to catch dead or sand-filled fish for dinner.

The Best Equipment for Fishing After a Hurricane

You don’t necessarily need different equipment for fishing after a hurricane. However, if there are still lingering rain showers, you’ll want to bring plenty of waterproof clothing.

When it comes to saltwater fishing, you’ll want to bring the following items with you:

Is it Safe to Ride a Boat After a Hurricane?

Remember, even the best hurricane covers might not survive a category five storm like Katrina. As long as you make any necessary repairs to your boat, it’s isn’t inherently dangerous to embark on a fishing trip after a hurricane. However, there are a few other things that you need to consider.

First, you’ll want to survey the area and see how much wreckage there is. Debris could hit your boat while you’re undocking or even when you are hundreds of feet off the coast. If you notice severe damage, you’ll probably want to consult with authorities before going fishing.

Secondly, storm surge can cause the water to rise and lead to localized flooding. If you can still see the visible impacts of the inundation, you may want to stay in until the water levels subside.

You may notice high tide or rough waters if a hurricane just came through the area. When in doubt, it’s best to trust your gut and contact the local boating authority before you set sail.

How Soon After a Hurricane Is It Safe to Go Fishing?

There’s no set-in-stone answer to the question, “How soon after a hurricane is it safe to go fishing?” If it’s a category one or two with minimal damage, you may be able to go fishing a couple of hours after the storm passes.

However, if a category four or five storm strolls through, you’ll have to wait much longer. Moreover, damage to your boat will further delay your fishing trip.

In general, it’s safe to go fishing anywhere from a few hours to one week after a hurricane, depending on the amount of damage.

The Difference Between Fishing Before and After a Storm

Fishing before a storm is not much different than any other day. However, if the storm is approaching, fish might have already started to swim toward deeper water.

Not only that, but you’ll want to stay close to shore in case you need to make a quick trip back to the dock. Before a storm, you might have better luck if fish are still in the area because they tend to eat more food before the hurricane. Additionally, light rain might make it easier for you to catch fish.

You don’t have to limit yourself to the ocean when it comes to fishing before a storm.

However, after a storm, there could be a variety of new spots to fish. The storm could flood creeks, which will make way for new habitats. In most cases, you’ll notice that these newly-flooded areas have smaller fish.

Fishing after a storm isn’t always the best idea because sometimes the fish are still in deeper water, making it harder to reach them. Therefore, you should try to stick to coastal inlets with a significant population of high-quality fish species.

Are you a freshwater angler that what’s to test your luck in saltwater? There’s no better way to test your skill than fishing after a hurricane.

In the United States, hurricane season lasts from June 1st to November 30th, and however, September tends to have the most hurricanes.

If you want to fish after a hurricane, you should consider making a trip to one of the following states:

With a coast on the Gulf and Atlantic side, it’s no surprise that Florida is the state with the most hurricanes. Approximately 120 hurricanes have hit The Sunshine State since 1851.

Texas is another popular target for hurricanes. Albeit nowhere near Florida’s numbers, 64 hurricanes have hit Texas since 1851. Some of the most notable storms in the last few decades include Harvey, Rita, Ike, and Alicia.

Everyone remembers hurricane Katrina – the devastating category five storms that battered New Orleans in 2005. Louisiana, like Texas and Florida, has experienced its fair share of hurricanes.

Its centralized location on the Gulf Coast makes it the perfect target. Recent hurricanes that made landfall in Louisiana include Ida, Laura, Katrina, and Gustav.

The Pros and Cons of Fishing After a Hurricane

Fishing after a hurricane has its pros and cons. This list is relatively subjective, depending on where you live and the strength of the storm.

Fishing can be good after a hurricane, but various factors come into play. For example, it’s probably not a good idea to go fishing right after a category five hurricane made landfall. Furthermore, you shouldn’t attempt to go fishing in an area that you don’t know well.

Many anglers will say that fishing before a hurricane is the best time because fish are eating the most.

However, after a storm, fish will begin to swim back to shallow water. Moreover, there could be flooded areas abundant with smaller fish. No matter your experience level, it’s always best to use caution before heading out on the water after a hurricane.