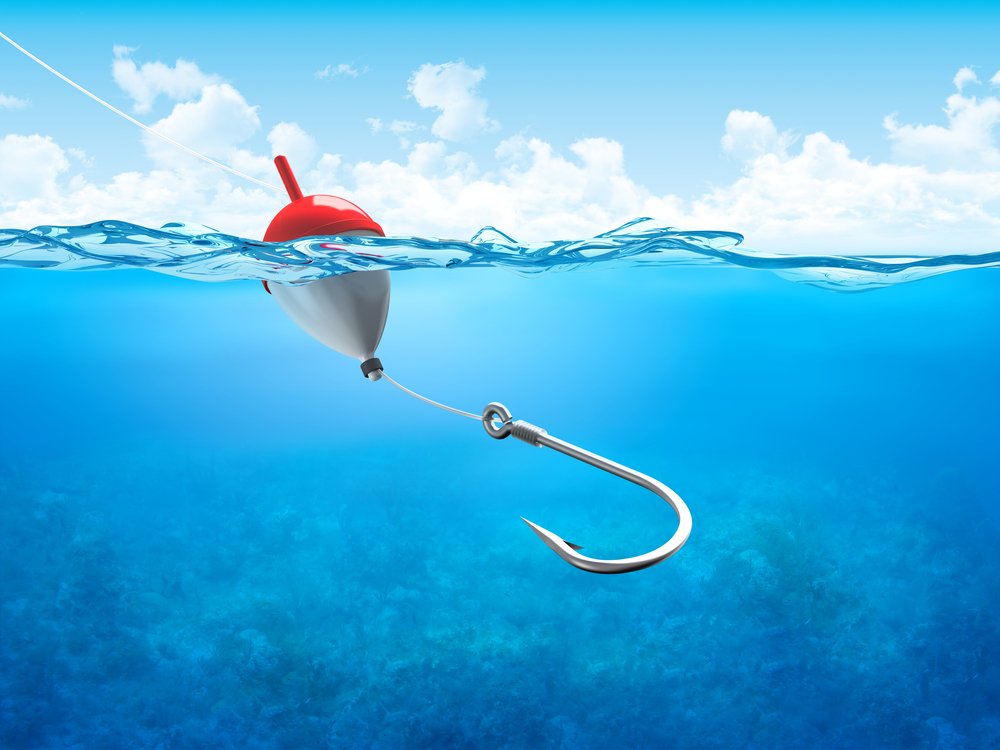 It’s always a good idea to be familiar with the local laws and regulations before heading out to fish. Using alternative methods may at the very least be frowned upon, or it may actually be illegal. Snagging is one of those techniques that’s illegal in many areas, though not everyone understands why.

While snagging fish isn’t illegal in every state, it’s outlawed in many areas because it’s inhumane and may be detrimental to fish populations. It’s not a sustainable method. Some laws read that fish must voluntarily take the bait or lure into their mouth, which isn’t the case with snagging.

Snagging fish involves using a hook without baiting or luring the fish to take the hook into its mouth voluntarily. Snagging is also sometimes referred to as foul-hooking, snatching, or jagging. Typically, a person will snatch or jerk a barbed hook through the water in an attempt to “snag” a fish.

The hook pierces the fish’s body, then the person can reel or pull it in. Snagging is more common among certain species, especially those that aren’t attracted to baits and lures. Paddlefish, for one, are common targets of snagging, because they eat plankton (which is too small to put on a bait hook).

In certain areas, salmon are also susceptible to snagging as well. Toward the end of their life cycle, salmon return to the waters where they were born. At that point, they’re not very active and don’t eat much, which makes a baited hook nearly useless for catching them. However, there are typically large groups of salmon in the water, making them visible to anglers but difficult to catch using traditional methods. This leads some to use snagging as an alternative technique.

Why is Snagging Illegal?

Snagging fish involves using a barbed hook to get ahold of the fish any way possible – not through the mouth or jaw as is typical with standard line fishing. As a result, fish become impaled through all different parts of their bodies. The injuries themselves can be fatal to the fish or at the least cause serious injury. Anglers then release the fish back into the water where it will likely die from its injuries.

Another issue is that the hook is not usually firmly secured, causing rips and tears. The fish may struggle more adamantly against the hooking, especially if it knows it’s injured, causing it even more stress. Fish that go through this ordeal are more likely to die.

The other problem is that snagging isn’t a sustainable practice. It can cause overfishing of certain species, which is detrimental to the ecosystem and fish populations. Without using skill and technique to catch fish “the right way,” too many susceptible fish are wounded or killed through this process.

Snagging ignores the widely accepted principle of the “fair chase” that’s associated with fishing for sport. So, even if you’re in an area that doesn’t outlaw the practice, it’s still not a good idea and can really frustrate other anglers.

Where is Snagging Illegal?

Each state has its own rules and regulations about when, where, and how to fish. The laws may also vary between freshwater (game) and saltwater fishing, or certain acts may be restricted to specific times during the year.

Snagging is outlawed in many states, but not everywhere. Only a handful of states like Alaska, Arkansas, Connecticut, Florida, Idaho, Illinois, Iowa, Kansas, Tennessee, Virginia, and a few others allow the practice. Plus, many of those still have restrictions on which kinds of fish are allowable.

Snagging isn’t only outlawed in the United States. In the United Kingdom, anglers are prohibited from using any device designed to snag salmon, trout, or any other freshwater fish. Snagging devices have been banned in the U.K. since 1851 for salmon and trout. The rationale is similar to the rationale for most U.S. laws – snagging is not a legitimate method for commercial or sport fishing. Rather, it was seen as a method used by poachers.

What if you Accidentally Snag a Fish?

There are times where you may pull up on your baited line thinking that you’ve hooked a big catch, only to find that you’ve accidentally snagged a fish through another part of its body. This is more common with young and inexperienced anglers, but it can certainly happen to anyone. It’s even more likely if you’re trolling or fishing in a densely populated area.

If you snagged the fish through the mouth area or in the head, it’s legally fair game, and you can keep the fish. Just remember that you want to handle all creatures humanely and avoid causing further injury or stress.

However, some people try to specifically snag fish through the head so that they are not technically breaking the law. While you may not face any legal repercussions for this, it’s still considered to be in poor taste among anglers. This technique happens more often in salmon fishing, where it’s known as “flossing.”

In most cases, it’s clear whether a person is attempting to snag a fish with an unbaited hook versus an accidental case of a foul hooking. People who are intentionally snagging fish usually don’t use a standard j-shaped hook and may not be using a fishing rod.

Snagging fish is not the most common technique when it comes to sport or commercial fishing, but some people do it anyway. Whether it’s because they lose patience waiting for a bite on their line or because the fish seem disinterested in their lure, an angler who decides to snag a fish may end up facing legal repercussions.

It’s always a smart idea to check the local laws and ordinances before you head out on a fishing trip, because they can be very different from one state to the next. The laws on snagging are no exception. However, if you’re not sure, it’s always better to just fish the traditional way.

Snagging fish can cause more harm than good, as you may end up fatally injuring the fish or killing it outright. Proponents of snagging fish state that the practice is cruel and inhumane, as well as unnecessary. Many of those who speak out against snagging are anglers themselves. They usually see the practice as unsportsmanlike and something that goes against the natural “fair chase” that occurs when fishing with baits and lures.

Though there are people on both sides of the morality argument when it comes to snagging fish, it’s always better to be on the safe side, especially if you’re unfamiliar with the laws. The only exception really is if you’re salmon fishing in Alaska. In that case, you’ll probably find more people that participate in the practice than you’d find anywhere else. If you’re snagging sockeye salmon in Alaska, you aren’t breaking any laws as long as you stay within the limit of six per day.