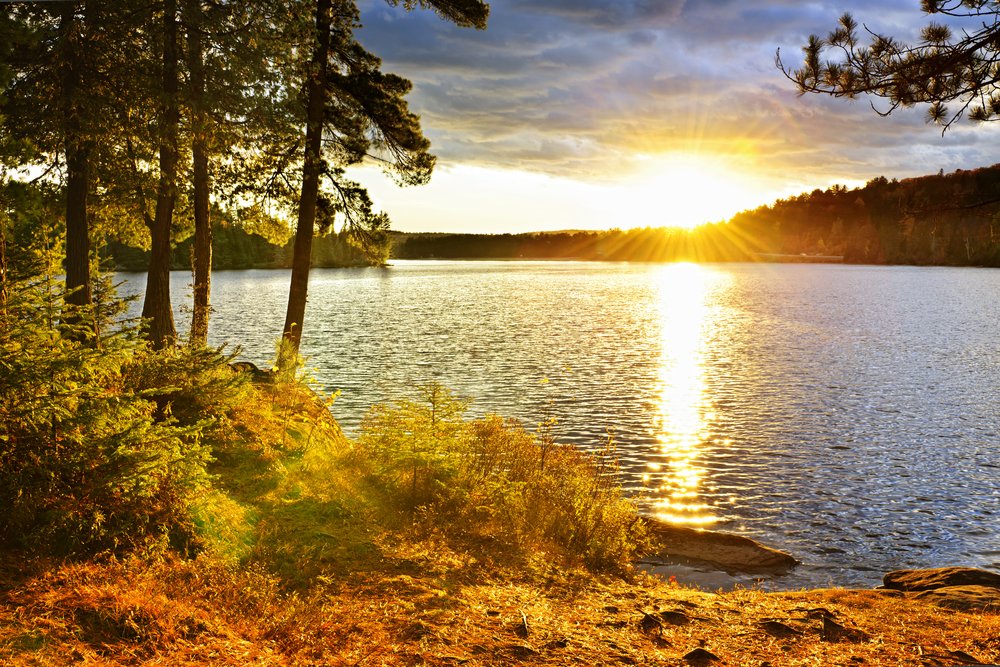 Lake Waccamaw is a freshwater lake located in North Carolina and is the largest natural lake in the state. Lake Waccamaw is a popular fishing spot for locals and tourists. Most locals have their favorite lake areas to fish in, and there are plenty of campsites around the lake for tourists.

One of the best things about fishing in Lake Waccamaw is the different species of fish that are native to the lake. If you aren’t the type to fish for one particular fish, Lake Waccamaw is great because you can catch so many kinds of fish in a single fishing trip.

If you go fishing in Lake Waccamaw, you can catch any of the fish listed below.

The Largemouth bass has enormous mouths, hence the name, and it can open its mouth wide enough to swallow its own head. Largemouth bass will try to eat anything in its path, including an angler’s bait. The largest Largemouth bass ever caught was 22 pounds and six ounces. Anglers who fish in the lake report catching Largemouth bass between 5 and 20 pounds. If you try really hard, you could catch a record-breaking fish.

The ideal water temperature to catch Largemouth bass is between 60 and 80 degrees; therefore, you will have the most luck during the late spring, summer, and early fall.

Channel catfish are plentiful in Lake Waccamaw. This fish prefers to feed on crawfish and smaller fish, and there are certain areas of the lake where you will find channel catfish.

Crawfish are attracted to rock and gravel; therefore, you should choose these areas to fish for Channel catfish specifically. During the warm summer months, this fish can be found in areas with moss because they feed on it.

The largest Channel catfish ever caught is 58 pounds and 0 ounces. It is possible to catch a record-breaking fish in Lake Waccamaw, as long as you are patient and use the correct technique.

Flathead catfish are the second largest species. They prefer to live in streams and large bodies of water like Lake Waccamaw. They prefer murky water with a mild current and a hard bottom. They often rest under covers such as large, submerged logs and other large structures.

There is an abundance of Black Crappies in Lake Waccamaw. This fish prefers deeper water; therefore, fishing from a boat can help you catch more fish. They prefer clear to slightly stained water, with trees or brush for cover.

The Black Crappie is the darker of the two species of Crappies. They prefer larger bodies of water and are most often found in the Northern states.

The Black Crappie has seven or eight dorsal fins and has spots on its sides. The best bait for catching Black Crappie are minnows, worms, and insects. Anything that can capture the fish’s attention will work, but minnows are most popular with avid anglers.

The largest Black Crappie ever caught was six pounds. If you are hoping to break a record, it is possible in Lake Waccamaw.

The Bluegill goes by other names such as sunfish, white bass, common yellow perch, and many others, and there is a large Bluegill population in Lake Waccamaw.

The Bluegill runs in schools and is often found near the food supply. This fish prefers murky water with no current. They can be found at depths as deep as 35 feet; however, they spend most of their active time at one to ten-foot depths.

The ideal water temperature for catching Bluegill is 60 to 85 degrees, and you have the best chance of catching one in late spring and summer.

The largest Bluegill ever caught is 4 pounds, 12 ounces.

This fish is also known as punky or common sunfish. It got its name because it is shaped like a pumpkin seed, and its body color is similar to that of a pumpkin.

This fish prefers warmer water between 75 and 82 degrees, and summer is the best time to catch this fish.

This fish spends most of its time at the bottom of the lake, where weeds cover the lake floor.

The largest Pumpkinseed Sunfish ever caught was 1.4 pounds.

This is one of the largest species of sunfish. This fish is yellow on the sides, has a white belly, and has brown or dark green on the top. Males have a red stripe along the edge of their ear, and females have an orange stripe.

The Redear Sunfish prefers water temperatures between 70 and 80 degrees, and it is best to fish during the warmer months.

The best baits are worms and grubs on small, light hooks.

The larges Redear Sunfish ever caught is 5.4 pounds.

White Bass are plentiful in Lake Waccamaw and often run in schools of 100 or more. This fish is a good fighter, so be prepared when the fish puts up a fight when it’s on your line.

This fish prefers deep water in the summer or winter, and fishing from a boat is best. They move to shallower water in the spring and fall, allowing you to catch this fish from the shore. The idea water temperature is 63 to 76 degrees.

The best bait is worms and minnows. You can also use imitation minnow lures.

The largest White Bass ever caught was 6.8 pounds.

This fish was named for its color because it is generally silver or white, and there is a large population in Lake Waccamaw. This fish can adapt to the color of its environment to hide from predators.

The ideal water temperature for this fish is 62 to 70 degrees, and fishing is excellent during the spring, summer, and fall.

If you are fishing for dinner, White Perch is one of the tastiest fish.

This fish can be caught with worms, minnows, and lures that mimic baitfish.

The largest White Perch ever caught was 4.6 pounds.

This fish is found in freshwater that drains into the ocean, which Lake Waccamaw does. This is a schooling fish and will eat anything that swims.

This fish can grow to be enormous, often depleting a school of small fish quickly.

If you catch a Striped Bass in Lake Waccamaw, stick around because there are likely more in the area.

When To Go: The best time to fish in Lake Waccamaw is when the water temperature begins to rise in the spring. This is the time of year that Largemouth Bass head for the shore, and the other species come up closer to the surface.

Where To Go: The best areas to catch fish in the lake are grass lines, weed beds, and boat docks.

If you don’t want to camp during your trip, there are a few places to stay that are very close to the lake, including:

If you are planning a fishing trip, Lake Waccamaw is an excellent place. The lake is loaded with ten or more species of fish, and the scenery is fantastic.