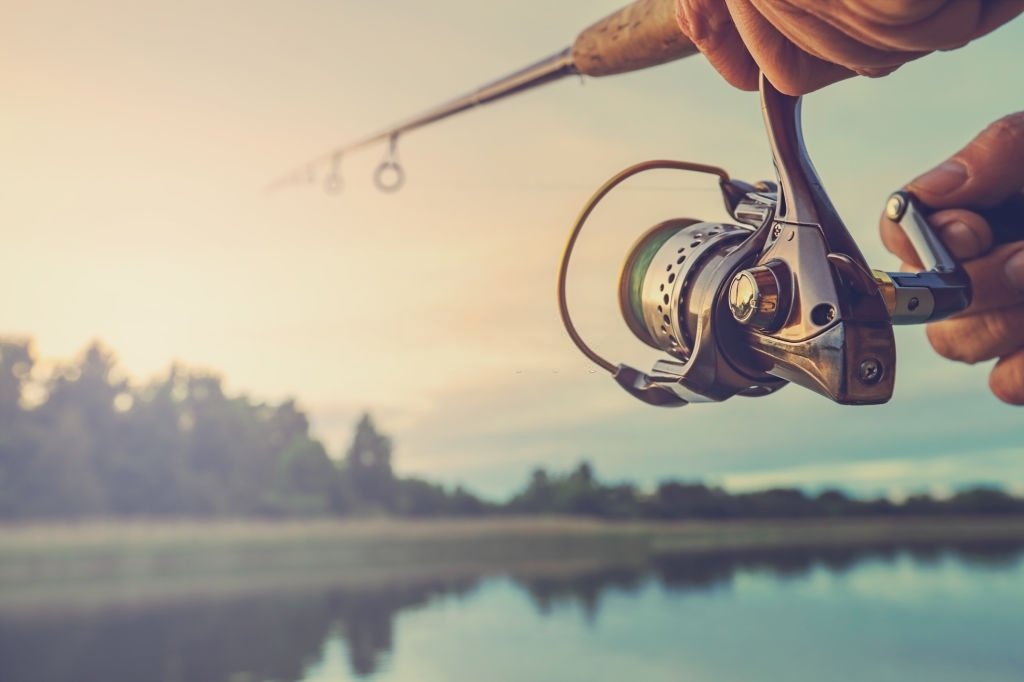 If you are planning a fishing trip, but there is a chance of storming, you might wonder if you should go now before the rain or postpone your trip until after it rains. Weather is a crucial factor determining your overall fishing experience, and you don’t want bad weather to hurt your chances. So you might be wondering if it’s a good time to go fishing after it rains.

The answer is: it depends. Fishing before the rain can be a great idea and fishing after the rain works too, depending on the overarching weather patterns and water temperature. Generally speaking, fishing before the rain is better because the atmospheric pressure drops, and fish are more likely to be feeding. However, fishing after the rain can also be highly effective if you are in the right climate and location.

There are a lot of factors to keep in mind here, so we put together this article about fishing before, after, and during the rain. We will talk about the effect that rain has on water and fish behavior, as well as provide tips for fishing during the rain.

Is it Better to Fish Right After it Rains?

The big question is: Is it a good time to go fishing right after it rains? The main thing you want to keep in mind here is how rain affects fish behaviors and swimming patterns. As a storm approaches, the atmospheric pressure around the water will drop as the cold front comes in. Decreased air pressure causes air bubbles in the water to form and rise., which frees up sediment for feeding.

Also, as rain clouds approach, it reduces visibility, meaning that the fish have a harder timing distinguishing your lures from the genuine article. Since the water is a lower temperature, more fish will come out where they were previously hiding from the sun’s rays.

As water movement increases, it will stir up plankton and other sources of food for fish. As smaller fish feed on these micro-entities, larger fish come out to feed on smaller fish. So you will get a wide range of potential catches right below the surface.

Fishing Before Rain vs. Fishing After Rain

Whether or not fishing before rain will be successful depends on other factors such as the recent weather and water condition.

Generally speaking, fishing before a storm is generally better during the hotter months. The reason why is that an encroaching storm front lowers temperatures and air pressure, so more fish can hunt when the sun’s rays aren’t penetrating the water. Also the warmer it is outside, the more likely it is that drops in air pressure will oxygenate the water, creating a more favorable environment for fish to swim. After the storm, air pressure increases, which usually makes fish more sluggish and less responsive.

However, there are some reasons to consider fishing right after it rains. After a thorough rain, the water will be stirred up, with more sources of food for fish. Since the water clarity is lower, fish will have a harder time telling the difference between your lures and actual flies. Also, a storm can replenish waterways and feeder creeks, raising the water level and populating them with more fish. So if there has been a p[articularly long dry spell of heat, you might have better chances fishing right after the storm rather than before.

Another important factor affecting fishing chances before or after a storm is how the rain changes water temperature. Most fish have an optimal temperature range they like to stay active in. Most of the time, rain after a hot day will lower water temperature back into comfortable ranges. That is why right before summer storms are some of the best times to go out fishing.

Fishing During Rain in Different Seasons

Whether you should fish before or after a storm depends on the season it is.

Rain during the winter usually has a warming effect on the water. During the winter, fish want to be where it is as warm as possible, so you will have better luck directly after rain when water temperature increases rather than before the storm when the temperature drops.

During the summer, the water gets very hot and fish are more likely to seek out cooler spots. Rain will lower the temperature of the water and make fish more willing to come out and feed. So, you are best suited going out right before a storm during the summer.

Similar to winter, rain during the spring usually has a warming effect on the water. In the early spring, fish will come out after the rain when the temperature is higher and there is food in the shallows. The best times to fish during the spring are during a light storm or right after rain.

What About Fishing During the Rain?

If you don’t care too much about being out in the rain, fishing during the rain can greatly increase your chance of making good catches. Rain changes the water’s landscape in many ways that make it conducive for fishing. For example, rainwater flow carries insects and larvae from the shores into the water for fish to feed. Also, the cloud cover reduces sunlight and makes fish more likely to come out.

There is also some scientific evidence that younger fish respond more positively to rain than other weather stimuli. The reason why fish activity increases during the rain is not entirely known, but evolutionary biologists suspect it may have to do with the fact that fish predators such as birds are less likely to be out during the rain.

Tips for Fishing in the Rain

Here are some tips to make fishing in the rain go as smoothly as possible.

Rain and fishing can go very well together, depending on surrounding weather conditions. In most cases, fishing right before a storm is the best option as fish activity and presence increase. However, you can also have a great fishing experience if you go directly after a storm. You can even fish during the rain for a different type of fishing strategy.